What Language Do People Generally Use in Restaurants?

Imagine this: you walk into a restaurant in a foreign country. You’re taken to a seat, given a menu, and then asked what you want to eat. What language should you expect this interaction to take place in?

The language that people generally use in restaurants is the language native to the country. Many countries will staff English-speaking waiters, waitresses, and cooks as well so you can communicate, but this isn’t a guarantee.

It’s for that reason that we’d recommend learning at least a few basic restaurant terms in all sorts of languages. In today’s post, that’s exactly what we’ll help you do. We’ll also demystify some confusing restaurant lingo so you can be more in the know.

If you soon plan to visit or even live and work in countries that speak any of the above languages, then you need to know how to navigate your way around a restaurant. Here are some basic terms you can use in the seven most popular languages.

Could I have a menu, please?

If you arrive at a restaurant and you don’t see any menus on the table, you can always ask. Here’s the language you’d use for that.

Many restaurants have daily specials, so you never know what will be available until you walk in. This is how to inquire about the special.

What would you recommend?

When trying new cuisine, you might not be sure where to start. Why not ask the waiter or waitress what they think is good? Here is what you say.

Once you’ve finally selected the food you want, you can tell the server. You would start that sentence in the following way.

Can I please have…

Alternately, you can use this line, such as when adding a drink, an appetizer, or a dessert to your order.

Can you tell me where the restroom is?

Do you need a bathroom break mid-meal? If you don’t see the bathroom in your vicinity, you’ll have to ask the restaurant staff where it is. Here’s how you do that.

The meal is over and you’re ready to pay and leave. Request the check by saying the following.

Is It Rude to Order at a Restaurant in Your Own Language?

You’ve now got some basic restaurant terms under your belt, but if you’re still struggling to speak a language, you might default to your native tongue, which is likely English. Is it rude to walk into a restaurant and speak your language and not theirs?

It’s not rude, but it’s not ideal either.

Many restaurants, shops, and such establishments in other countries appreciate it when you try to speak their language, even if you fail catastrophically. It shows that you respect their culture.

These countries know that English is the most widely spoken language, even if it probably won’t be forever. Thus, they’ll learn English terms the same way you’ll pick up some basic phrases in Mandarin or Spanish.

You two will be able to communicate on a rudimentary level, which should suffice when ordering at a restaurant or buying items at a store.

Restaurant Lingo and Language to Learn

It doesn’t help that the restaurant industry has its own language, so to speak. The following terms and lingo are crucial to learn if you’re breaking into this industry as a greeter or as a new restaurant owner.

A well drink is an alcoholic concoction that uses spirits within reach of the bartender’s well or speed rack. Well drinks are usually inexpensive and quite creative, even one-of-a-kind!

The marketing term upselling refers to upgrading a customer’s order to something more expensive. For instance, if a customer orders a medium ice cream, you might tell them that they can get a large if they pay two dollars more.

When a restaurant gets busy, it’s time for the turn and burn. This term means to quickly turn a table to accommodate the growing demand.

The number of diners in a party is a top. A party of five would be a five top, for instance.

A tare is how much a vendor’s container weighs with the product included. You’re supposed to subtract the tare weight from the product weight, although unscrupulous restaurants don’t always do this.

Rollups are when the wait staff tucks the silverware into a customer’s napkin.

When a vendor sends you a product with a label that’s a clear mismatch, this is known in the restaurant industry as a mispick.

If your restaurant runs out of stock on a particular menu item and you have to temporarily take that item off the menu, what you’re doing is 86’ing the item.

You don’t want to have to comp often in your restaurant, but it will happen. To comp means that you’re giving something to the customer for free, such as a free meal or dessert after your servers were very delayed in delivering the order or the food was overcooked or even undercooked.

No, a bev nap does not mean to go to sleep. Instead, it refers to the napkin a server puts a beverage on.

However many orders of the same food you have going at once, you can say it’s “[food] all day.” For example, if Table 3 orders two cheeseburgers and Table 7 orders four, that’s six cheeseburgers, all day.

The general language people use in restaurants is whatever is native to the country, but English is also common. To be respectful of other cultures, it’s a good idea to learn at least a few basic terms in the language spoken in the country you’re visiting. You’ll find it easier to taste more culinary creations on your travels when you can communicate!

ALSO READ: How to buy into a restaurant franchise. 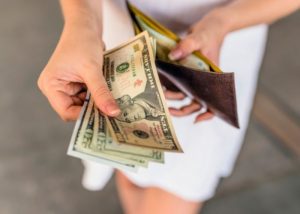 The restaurant industry is one of the most successful but also toughest industries out there. There are plenty of things to figure out, and how 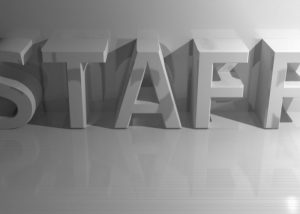