Unless you’re eating them, such as beef or chicken, animals have no place in a restaurant. Cat cafés are an anomaly, as live cats are welcome. How in the world does a cat café pass a health inspection?

Cat cafés still must meet health inspection standards, but those standards are different compared to a regular café due to the presence of animals. Like any restaurant, a cat café can fail a health inspection, which would require them to make changes or risk fines and possibly a shutdown.

In this article, we’ll share the standards and guidelines that cat cafés around the world establish to make their restaurants cleaner places. If you’re worried about the hygienic aspect of visiting a cat café, this article is for you!

What Do Cat Cafés Do to Pass Health Inspections?

It doesn’t matter if it’s a small mom-and-pop establishment or a major chain, all restaurants and cafés are subject to health inspections. During an inspection, a professional inspector will visit the restaurant or café.

They’ll investigate the main lobby, the dining area, the kitchen, food storage areas, and the bathroom. All along, they’re looking for health code violations.

You might assume that cat cafés are a health violation waiting to happen. After all, cat cafés can house sometimes dozens of cats. As we talked about in a recent article, those cats live in the café, which means they eat, sleep, and poop there.

How in the world do cat cafés stay operational? Here are some of the measures these cafés take.

The standards a public health inspector expects from a restaurant vary from state to state and country to country. Thus, while we can’t talk with specificity about what the health code and zoning laws are that a cat café is subjected to, they are not exempt.

An article from Public Health Insider published in 2018 talked to the Regional Animal Service of King County or RASKC, a Washington pet adoption service. The RASKC mentioned one local cat café called the Seattle Meowtropolitan (which is still open as of this writing) and how they stay clear of health inspection violations.

At Seattle Meowtropolitan, the café is split into two areas. The first area is where customers can visit cats, and the second area is where they can purchase and enjoy their food and drink.

The mental image that some people get of cat cafés of a cat mooching off your scone or latte doesn’t apply here. Instead, a glass wall will usually separate one area and another so you can still watch the cats but stay clean.

Although humans and cats are two totally different species, feline friends can indeed make people sick through what are known as zoonotic diseases.

The diseases that aren’t spread via worms are usually bacterial, viral, or fungal in nature. Other zoonotic diseases are caused by parasites, which is the case with toxoplasmosis.

Although most zoonotic diseases that cats can spread to people aren’t fatal, that’s not always the case for pregnant women, those with HIV/AIDS, or anyone with a compromised immune system.

To avoid liabilities then, the cats that live in cat cafés are always vaccinated. A vaccinated cat is far less likely to cause diseases in people.

Spaying and Neutering Requirements for Cats

If you’ve ever owned a cat who’s in heat, then you know how your fluffy friend’s behavior can change when they’re trying to reproduce. Cats can sometimes turn aggressive, which increases their risk of biting or scratching cat café employees and customers alike.

A cat that’s trying to attract a mate will also spray their urine. Even if the cats are kept in a separate area than where the customers eat and drink, spraying urine in a café is a big no-no.

That’s why the cats that live in a cat café are often spayed or neutered before they become part of the gang. Since the cats in the café are often intergender, it’s a good idea to get them reproductive surgery to prevent pregnancy. Otherwise, the café would have more cats than it knows what to do with!

Restaurants are subject to twice-annual health inspections, as are cat cafés.

We do want to mention that the twice a year rate for health inspections only applies to cafés and restaurants that have passed their last inspections. If you fail inspection–which we’ll talk more about in the next section–then your rate of checks increases to at least three inspections per year.

Do Cat Cafés Fail Health Inspections More Than Other Restaurants?

What causes a public health inspector to give a café or restaurant a passing grade? What about a failing grade?

The presence of pests is a big reason for failing. Unclean work surfaces are another major culprit for failing a public health inspection.

If a café or restaurant’s equipment doesn’t work as intended, that could also get them a failing grade. So too will a lack of employee hygiene, although compared to the other issues, this one is harder to track.

Cat cafés must meet the above standards while contending with cats in the building as well. Does that make a cat café more likely to fail a public health inspection than a regular café or restaurant?

It certainly can, yes. After all, cat cleanliness is another obstacle to getting a passing grade on a public health inspection. Plus, cats might attract rodents such as mice and rats, which happily eat cat food.

Okay, but even if a cat café had a rat or mouse problem, wouldn’t the cats just kill the mouse? That’s what they’re good at, right?

No. This is another one of those misconceptions spread by pop culture, such as that cats drink milk or rabbits eat carrots. According to this Smithsonian Magazine article, feral cats are terrible at catching rats.

To determine that, Fordham University did a study where they watched a rat colony for five months. When cats were added to the picture, over 79 days, the cats attacked only three rats and killed two of them. There were 150 rats available.

Even if your cat café’s cat population could kill rats, you wouldn’t want them to. All the blood and guts would be a health code violation in the making. Plus, rats have diseases they could transfer to the cats. Any of the cats in the café could then make you ill as well as your other employees and your customers.

All this points towards the evidence that yes, cat cafés could get shut down due to health code violations more than restaurants and regular cafés. Yet cat cafés are far outnumbered by these other establishments.

A 2019 article from CNN found that the United States has 125 cat cafés. That number is probably only higher in the 2020s. The US also has 101,811 chain restaurants as of 2021, says Finances Online. That’s chain restaurants only.

Statistically, since there are more restaurants without cats than there are with them, those cat-free establishments are more likely to be shut down in greater numbers than cat cafés.

So let’s just ask the question on everyone’s mind – are cat cafés hygienic? After all, someone has to change the litter boxes and pour the kibble. Is that the same person who makes your foamy latte or your morning bagel?

More than likely, no, it isn’t. Of course, we can’t see into every cat café around the world, so it’s hard to say how clean they are. Differing standards for what constitutes a clean restaurant play a role, as do the rules and regulations on restaurant cleanliness in the state or country the cat café occupies.

Unclean cat cafés are always a risk, and that’s not only in countries outside of the US either. A 2015 article from Splinter News talks about how a Washington, D.C. cat café called Crumbs & Whiskers was cited for a multitude of health code violations during their inspection.

For the most part, it came down to cats being in areas they shouldn’t, mostly where food was stored or prepared. Cat fur and dander littered the areas, so the health inspector gave the cat café a failing grade.

At the time, Crumbs & Whiskers staff called the whole thing a big misunderstanding. The cat café must have cleaned up their act, as they’re still around as of this writing.

Cat cafés pass health code inspections by keeping cats and food separate and maintaining the health of their cats through vaccinations and spaying or neutering.

The café still has to keep rodents out and maintain a clean food preparation area to get a passing grade, and not every cat café can do this.

That doesn’t mean that all cat cafés should be vilified though. Many are so dedicated to cat care and hygiene that a cat café can be cleaner than your local cat-free café! 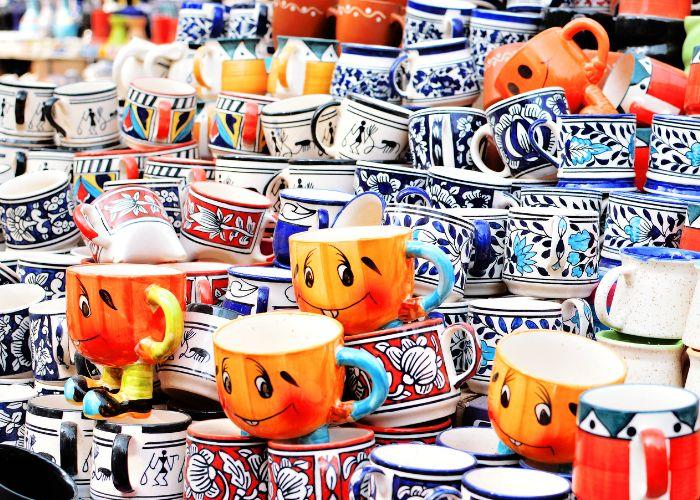 How Do I Sell My Restaurant Merch?

Restaurant merch such as branded t-shirts, hoodies, coasters, and tote bags can be an extra source of income for your establishment. You printed up some 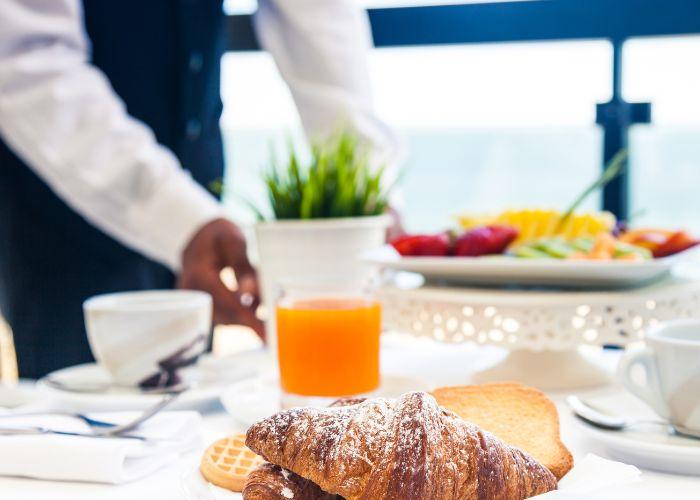 How Do I Make a Good Breakfast Server?

You’ve just been hired for your first restaurant role: breakfast server. You know that many tired, sleepy customers will rely on your smile and cheery

How to Retain Restaurant Staff for as Long as Possible: A Guide